Minor fire breaks out in Al-Husseini Mosque in Downtown Amman

Minor fire breaks out in Al-Husseini Mosque in Downtown Amman 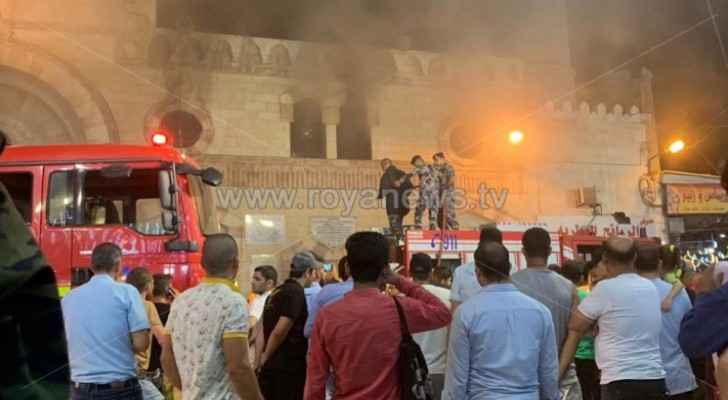 A minor fire broke out at the Al-Husseini Mosque in Downtown Amman on Wednesday night, July 17, 2019.

The fire started in a library, estimated at 50 square meters in the second floor of the Mosque due to electrical contact, the Media Department at the Civil Defense Directorate (CDD) said in a statement.

Firefighters at the CDD in East Amman were able to extinguish the fire, where no human injuries were reported.

A specialized committee will be formed by the concerned authorities to find out the causes of the fire, the statement added.

According to Roya's correspondent, one of the people working at the Mosque suffered from a nervous breakdown once he saw the fire starting, where he was referred to a nearby hospital for treatment.