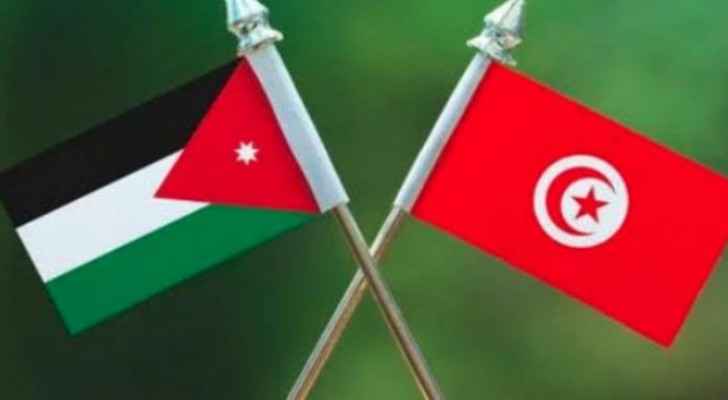 The first attack targeted a police patrol in Charles de Gaulle Street in central Tunis, about 100 meters away from the French Embassy.

"At 10:50 am (0950 GMT), an individual blew himself up near a police patrol, wounding five people, including three civilians and two police officers," according to Interior Ministry spokesman Sofiene Zaag.
Shortly afterwards, another attack targeted a base of the national guard in the capital and wounded four security personnel, the Ministry said.

"At 11:00 am (1000 GMT) an individual blew himself up outside the back door of the base, wounding four security personnel," Zaag said.

Safadi affirmed Jordan's full support for Tunisia in confronting terrorism and protecting its security and stability.

Minister Safadi expressed his deepest condolences over the passing away of a Tunisian security member, who was the victim of one of the cowardly attacks and wished the injured a speedy recovery.

Safadi emphasized that terrorism and its dark ideology are a common enemy, stressing the Kingdom's confidence in Tunisia's ability to defeat this phenomenon, maintain its security and stability, and protect its democratic process, lauding the achievements in this regard as a model in the process of democratic transformation.