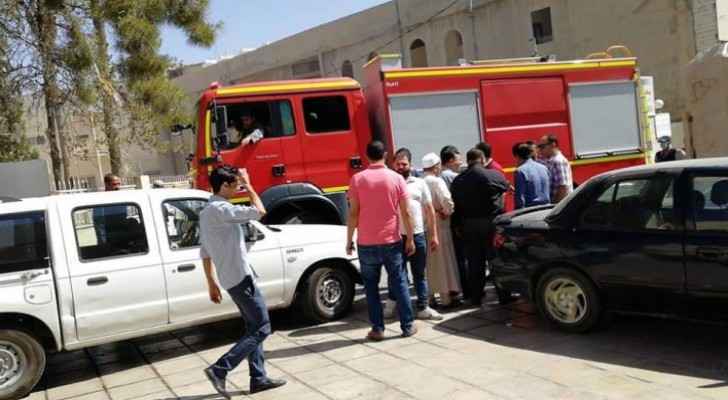 Deputy Head of Jordan Nurses and Midwives Council (JNMC), Mohammed Kharabsheh said in a brief statement to Roya that the perpetrator, who has shot his colleague to death in Karak and set himself on fire, is not a nurse but a laboratory technician.

On the other hand, a number of eyewitnesses revealed that the incident occurred inside the Karak Italian Hospital due to a dispute that arose between the killer and his manager after he was dismissed from work.

Witnesses said that when the killer arrived at work earlier on Sunday, he was informed that he was dismissed from work.

However, when he arrived at work today, he was very angry and asked all the female nurses to leave the area.

The perpetrator has then shot Dr. Abdullah Al-Bitar with one bullet to the head, while another colleague was injured and his health condition was described as bad.

Witnesses added that the murderer had then entered the laboratory room and set himself on fire on the purpose of committing suicide.

His attempts of committing suicide failed, as he was taken to hospital, where he was listed in a bad condition.