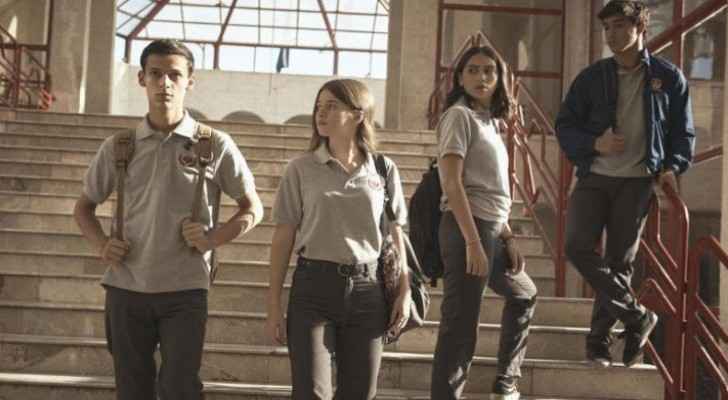 The Jordanian dialect series entitled "Jinn", which is broadcasted on the well-known US internet entertainment service, Netflix, has caused a violent shock in the Jordanian society.

"Jinn" has sparked a wave of criticism, outrage and angry reactions among users of social media platforms.

Some people held the parties that allowed the series to be filmed in Jordan responsible and questioned about the censorship and who allowed it to be filmed.

After the uproar caused by the series, whether on social media platforms or news websites, the Royal Film Commission (RFC) explained in a statement what happened and said that it is not responsible for the scenario and content of any film or series filmed in Jordan and that it did not take a look at the scenario of the series and did not have the authority to review the scenario, stressing that the role of the RFC is limited only to provide production services (logistics) for filmmakers in order to support tourism and provide job opportunities. The RFC has also said that "There is no regulatory body in Jordan that monitor the screenplays before filming."

In turn, the Jordanian Syndicate of Artists, the Grand Mufti of Jordan, several parliamentary committees and other institutions issued statements condemning the scandalous scenes that the series contain because they violate the customs and traditions of the Jordanian society.

However, some social media users said that the marketing of Jordan through the series was successful, but without the scenes that are considered to be contrary to public morals in the Jordanian society.

The RFC had published on August 13, 2018, the details of the series, including the cast and director of it as follows:

"Jinn" will be shot in Petra, Wadi Rum as well as a dozen locations in Amman, over 10 weeks.

Approximately 55 Jordanian crew – including trainees and interns – are working on the production.

Produced by Kabreet Productions, this supernatural teenage drama is directed and executive produced by rising star, Mir-Jean Bou-Chaaya (Lebanese director of "Very Big Shot") and executive produced by Elan and Rajeev Dassani (producers of short film "Seam"), with Elan serving as head writer. Rajeev contributed to the writing alongside Amin Matalqa (Jordanian director of Sundance Award winner "Captain Abu Raed") who will be directing the last 3 episodes. The six-episode series is expected to launch to Netflix members all around the world in 2019.

"Jinn" follows a group of Arab teenagers as their friendships and budding romances are tested when they unknowingly invite the supernatural forces of Jinn into their world. As good battles evil, can the friends come together in time and find the answers needed, in order to save everything?

The cast and characters:

Featuring a cast of up-and-coming talent from the region, "Jinn" will see Salma Malhas (from Jordan) star as Mira, a rebellious teen still devastated after the loss of her mother who learns to love again when she meets Keras, played by Hamza Abu Eqab, the Jinn who is tasked with guarding vigilante Jinns. Sultan Alkhalil as Yassin, who struggles with a world that seems stacked against him and we follow his coming of age story sparked by his supernatural friendship with Vera, played by Aysha Shahalthough who is on hunt for vengeance at any cost. Mira will be joined by her friends Fahed -Yaser Al Hadi - and Layla -Ban Halaweh- in the fight to rescue Yassin from the ruthless Vera before it’s too late.

Erik Barmack, Vice President of International Original Series said: "At Netflix, we’re always looking for local stories with an interesting and relatable perspective to bring to screens all over the world. With "Jinn", we aim to create a fantastical show about young people in the Middle East in Arabic that's real, authentic and action-packed. This Netflix show will be full of intrigue, adventure and amazing storytelling from Jordan and for our audiences around the world."

Talking about the creative process, executive producer and head writer Elan Dassani commented: "The freedom Netflix gives producers really allows us to delve deep into the nature of storytelling and bring Arabic stories to life. Arab youth are just like teens everywhere, trying to find the balance between embracing modern culture whilst keeping true to their rich history. We are excited to be able to bring a show reflecting this to Netflix fans across the world".

Disney has finally announced the cast for Aladdin!

Disney has finally announced the cast for ....

Disney has finally announced the cast for ....

Disney has finally announced the cast ....