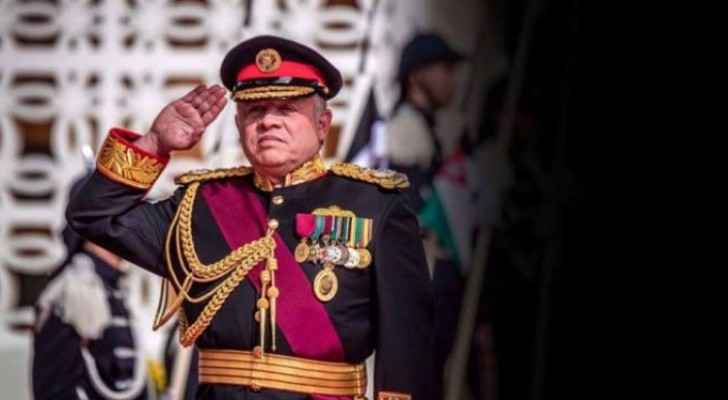 On Sunday, June 9, Jordanians celebrate the 20th anniversary of His Majesty King Abdullah II accession to the throne.

Since His Majesty assumed his constitutional powers on June 9, 1999, Jordan has embarked on a tireless journey of national development and achievement.

Over two decades, the Kingdom, under the leadership of His Majesty, continued to deepen the reform drive and foster the values of justice, freedom, and equality, as Jordan presents a role model for coexistence and harmony among the various components of the society.

Under the leadership of His Majesty, Jordanians were able to overcome the various regional challenges, which only increased their strength and resilience.

Since His Majesty King Abdullah II ascended the throne, he has devoted his efforts to strengthen the state institutions and bring about development in its comprehensive and sustainable sense. He also laid the foundation for strong relations with Arab and Muslim countries and has been advocating for world peace and has tirelessly worked to serve just Arab and Muslim causes.

Over the past twenty years, Jordan has emerged as a model of a strong and well-established state that follows scientific and practical plans to realize reform, achieve comprehensive development, strengthen the social fabric, promote active citizenship, and uphold the principles of democracy, freedom and the rule of law.

Improving the standard of living of the Jordanian nation and the quality of the services remained the core priorities of His Majesty the King, in parallel with His continuous efforts at the international arena to protect Jordanian interests.

In addition to these priorities, His Majesty devoted his relentless efforts to the Palestinian cause and establish an independent Palestinian state with East Jerusalem as its capital through a just and comprehensive peace that avoids the region and the world more conflicts and wars.