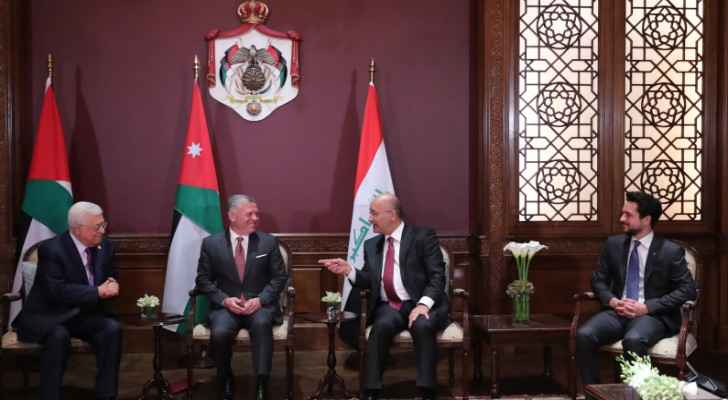 Discussions addressed the Palestinian cause and the importance of supporting the Palestinians in securing their legitimate rights and establishing their independent state on the 4 June 1967 lines with East Jerusalem as its capital.

Moreover, the meeting covered the need for economic cooperation and integration, especially in water, energy, transport, culture, and exchange of medical expertise.

The importance of maintaining coordination in service of Arab causes and regional stability and security was also stressed.

His Majesty, President Salih, and President Abbas underscored the need to unify positions and bolster joint Arab action to overcome challenges and crises.

His Majesty hosted an iftar in honour of President Salih and President Abbas, attended by senior officials from the three countries.