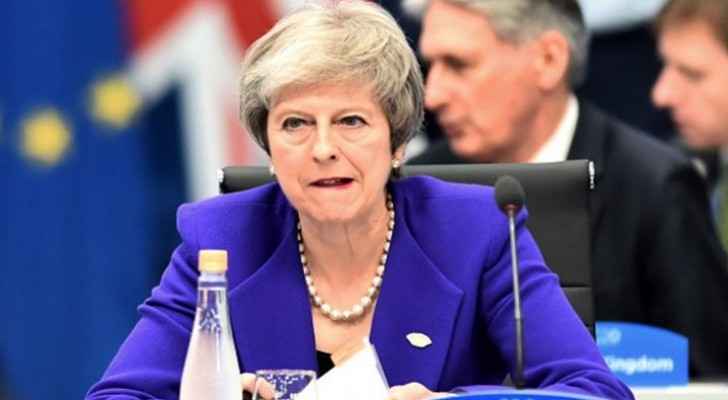 Prime Minister Theresa May could set a date for her resignation in the coming days, the chairman of the Conservative backbench 1922 Committee has said.

The PM said she will step down when her Brexit deal is ratified by Parliament - but some MPs want a fixed date.

Sir Graham Brady said he expected a "clear understanding" of that timetable once she has met the committee, which she would do on Wednesday.

He also said he expected Brexit talks with Labour to "peter out" within days.

And Sir Graham also refused to rule out running himself to replace Mrs May.

Speaking to BBC Radio 4's The Week in Westminster, he said the 1922 Committee had asked her to give "clarity" about her plans for the future, and she had "offered to come and meet with the executive".

"It would be strange for that not to result in a clear understanding [of when she will leave] at the end of the meeting," he added.

The 1922 Committee is an elected body of Tory MPs that represents backbenchers and oversees the party's leadership contests.

On why the PM had so far been unwilling to set a date to step down, Sir Graham said: "I do understand the reticence about doing it.

"I don't think it's about an intention for staying indefinitely as prime minister or leader of the Conservative Party.

"I think the reticence is the concern that by promising to go on a certain timetable, it might make it less likely she would secure Parliamentary approval for the withdrawal agreement, rather than more likely."

He was also asked about the cross-party talks between the government and Labour over Mrs May's Brexit deal, which has been rejected three times.

Sir Graham said: "I find it very hard to see how that route can lead to any sensible resolution.

"So, I can't see that is a very productive route

to follow, and I may be wrong, but I suspect it will peter out in the next few days without having come to any significant conclusion."

When quizzed about running for the party leadership, Sir Graham said: "It would take an awful lot of people to persuade me.

"I'm not sure many people are straining at the leash at the moment to take on what is an extraordinarily difficult situation."

In March, Mrs May pledged to stand down if and when Parliament ratified her Brexit withdrawal agreement, but did not make it clear how long she intends to stay if no deal was reached.

Pressure has grown on her since the Tories' local election drubbing, and there have been warnings the party faces a meltdown in elections to the European Parliament as well.

The UK had been due to leave the EU on 29 March, but the deadline was pushed back to 31 October after Parliament was unable to agree a way forward.