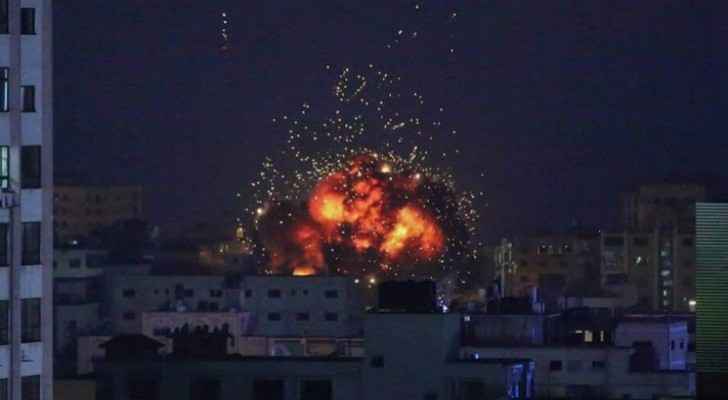 The Jordanian Ministry of Foreign and Expatriates stressed on Sunday, May 5, 2019, the need to immediately stop the Israeli aggression on the Gaza Strip and to respect the international humanitarian law, warning of the consequences of escalation against the besieged Strip.

The Ministry emphasized that violence will only cause more tension and suffering, calling for pacification, and underlining its support for the efforts both Egypt and the United Nations exert to achieve peace.

The Ministry also reaffirmed the importance of halting all military operations in the Strip whose residents suffer from a humanitarian and life crisis as a result of the illegal blockade and collective punishments Israel imposes.

The Ministry said that the continued absence of prospects for peace and the ongoing occupation and the siege imposed on Gaza constitutes the greatest threat to security and stability in the region.

It also called on the international community to act immediately to stop the violence and achieve pacification and protection for the brotherly Palestinian people.

The Ministry urged coming up with real prospects for resolving the Palestinian-Israeli conflict based on the two-state solution, which guarantees the establishment of an independent Palestinian state on the lines of June 4, 1967, with East Jerusalem as its capital.