A dust storm on the desert road 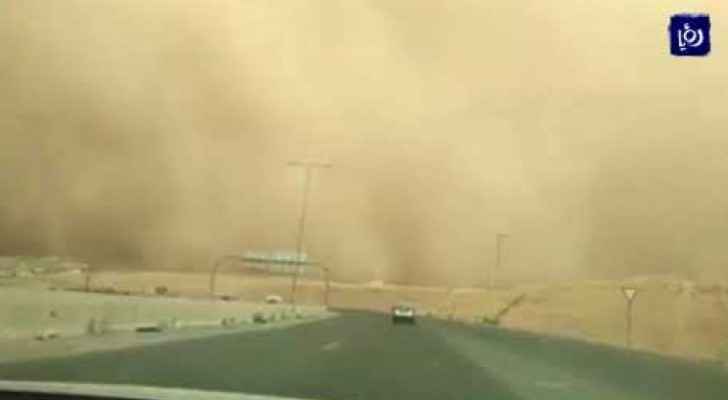 The Kingdom is expected to witness a significant and a heavy drop in temperatures on Friday, May 3, 2019, and on Saturday, as temperatures are predicted to be 3-5 degrees below their annual average, according to Arabia Weather.

During daytime on Friday and Saturday, the weather is predicted to be relatively pleasant in most regions, yet it might be a little bit cold in the high mountains where strong winds are expected to blow.

Strong winds may cause dust to rise, especially in the desert areas, leading to low visibility.

There might be a slight chance of some rain showers in the eastern parts of the Kingdom.

At night, a further drop in temperatures is expected when compared to the previous nights, as the weather will be relatively cold in most regions with some scattered clouds.