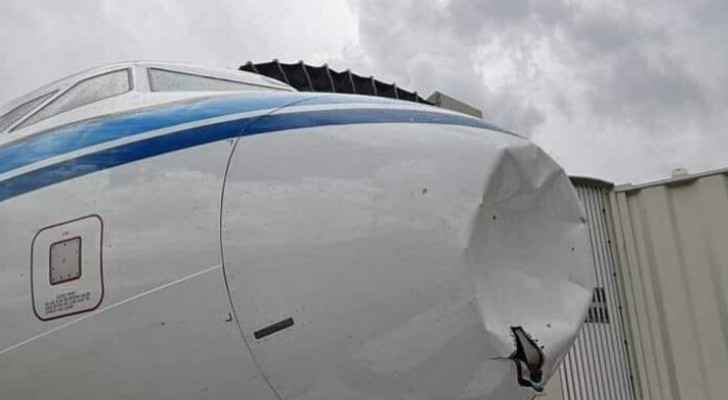 A Kuwait Airways flight was damaged after crashing into a pile of snow while landing at the Beirut-Rafic Hariri International Airport on Sunday, April 21, 2019.

Kuwait Airways wishes to clarify, that its Airbus plane (A320) operated for its flight (KU501) departed to Beirut on Sunday morning 21/4/2019 was hit by a sudden impact of a mass of snow passing. Thankfully the plane landed safely at Rafiq Hariri International Airport in Beirut/1

However, the flight was able to safely land in Beirut, as a technical services team from Kuwait Airways was able to repair the damage.

No injuries were reported among the passengers, yet passengers were only affected by delays due to the incident.

A cyclone hit Lebanon and the surrounding countries last week, bringing with it cold temperatures, gusts of snow, hail and strong wind.