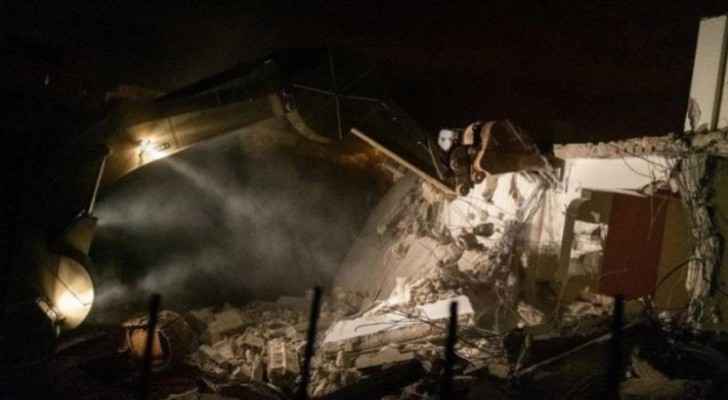 According to Palestinian media, a large military force of the occupation stormed Kobar village, surrounded martyr Bargouthi's house and began to destroy it.

While the IOF were heading to Kobar village, violent confrontations broke out between the occupation forces and hundreds of students of the University of Birzeit, where students closed down the roads and threw Israeli military patrols with stones.

Violent clashes also erupted between dozens of young Palestinian men and the occupation forces in the village, during which the Israeli occupation fired several gunshots and set off tear-gas bombs, injuring a young man in the head, Palestinian media stated, adding that IOF also attacked journalists in the area.

Israeli authorities have earlier accused the 29-year-old Saleh Barghouthi of carrying out a shooting operation near the “Ofra” settlement in Ramallah with his brother Assem, 33, who is now imprisoned and whose house was also demolished last month, according to Palestine News Network (PNN).

Violent clashes between Israeli soldiers and ....

Violent clashes between Israeli soldiers and ....