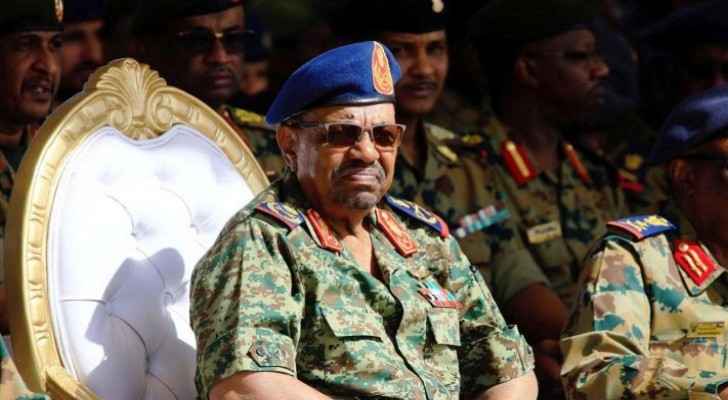 Al-Jazeera reported on Thursday morning, April 11, 2019, that the Sudanese military officers informed President Omar al-Bashir that he was no longer president of the republic.

The Sudanese Armed Forces (SAF) announced that it will issue an important statement on Thursday, April 11, 2019, while military vehicles were deployed around the presidential palace.

Reports mentioned a meeting that was held between military commanders without the presence of President al-Bashir.

Immediately after the army’s announcement of broadcasting a new statement, citizens took to the streets chanting "It has fallen, It has fallen" a reference to the fall of the Sudanese President Omar al-Bashir government.

Reuters reported that tens of thousands of Sudanese took to protest outside the Sudanese Ministry of Defence headquarters in Khartoum.

Sources also reported to Al-Jazeera that Khartoum International Airport was closed until the announcement of SAF’s statement.

Agence France-Presse (AFP) were told by witnesses that there have seen several military vehicles carrying soldiers entering the army headquarters in the early hours of Thursday.

It has been reported that among those who were arrested was former Defense Minister Abdel Rahim Mohammed Hussein, former Vice President Ali Osman Taha, ruling party head Ahmed Haroun, and administrative and economic figure Awad Al-Jaz.

Developments have been finally made, after more than three months of continuous protest to overthrow President al-Bashir.

The gathering of Sudanese officials called on citizens to join sit-ins in various districts of the country.

Army officers stopped broadcasting the radio bulletin at 5 am and official media began to broadcast national songs and military music amid anticipation in Sudanese streets.

The German News Agency reported that since the early hours of the morning the Sudanese army intensified its deployment at bridges and vital areas, as well as around the presidential palace in preventing entry or passing.

Activists on social media platforms reported a heavy deployment of the Sudanese army around the presidential palace in central Khartoum and around the official radio and television headquarters in Omdurman.

While thousands are still protesting in front of the headquarters of the Sudanese army demanding al-Bashir step-down and topple the regime for the sixth day in a row.

Since last December 2018, Sudanese have been demonstrating in Khartoum and other cities, demanding the fall of President Omar al-Bashir, who came to power in a military coup 30 years ago.

These last days had witnessed protests surging in momentum, after hundreds of thousands of people gathered near the army headquarters to urge the armed forces to align with the people in their peaceful revolution against the regime.

After that, Things took a new turn as the army is no longer mentioning supporting the President in its statements, on the contrary, confirmed respect for the will of the people, their freedom and aspirations.

Even the police, which was the main force against the protestors, issued a statement stressing its determination to protect the demonstrators and stressed the need for a peaceful democratic transition in the country.