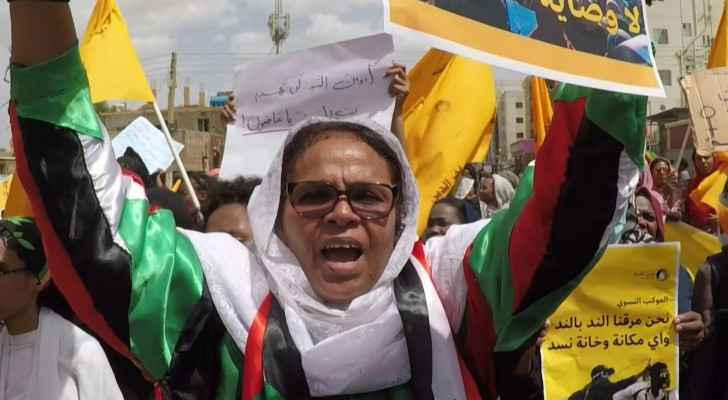 Sudan's coup leader Abdel Fattah al-Burhan on Wednesday dismissed the last civilian members of his ruling body as part of a power shift he has proposed, but protesters who have rejected his pledge again took to the streets.

"The blood of the martyrs did not flow in vain," hundreds of women protesters chanted in Khartoum about pro-democracy activists who have been killed in street violence, also demanding a return of "the soldiers to the barracks".

Burhan -- who grabbed power in a coup last October that drew international condemnation -- in a surprise move Monday vowed to "make room" for civilian groups to form a new transitional government.

He also said that the ruling Sovereign Council he chairs would be disbanded and, in an apparent move to carry out the process, issued a decree relieving five little-known civilian members of their posts.

Several of them told local press that they had received no formal notification and were surprised to discover that their official vehicles had been taken away.

The transitional government uprooted by Burhan last year had been painstakingly forged between the military and civilian factions in 2019, following mass protests that prompted the army to oust longtime dictator Omar al-Bashir.

They also called for "continued public pressure", a call heeded by protesters who manned makeshift street barricades of rocks and tyres for a seventh straight day.