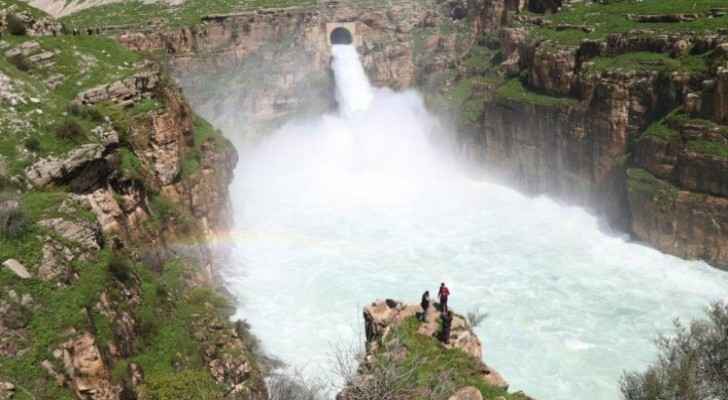 Iraqi authorities said that the country's water reserves rose to 37 billion cubic meters, the highest in 25 years, after the rainfall and torrential flows coming from Iran.

Ali Hashem, director of the General Authority for the operation of irrigation and drainage projects in the Ministry of Water Resources said in a statement on Sunday that the reservoir vacuum in Lake Tharthar province of Anbar, west of Baghdad amounted to more than 32 billion cubic meters.

The total amount of water in the Mosul dam is nine billion cubic meters out of 9 billion full capacity.

Hashim stressed that the quantities of water saved are the largest since 25 years ago, and will contribute to securing enough water quotas for Iraq for the next two years.

The authorities announced last Sunday state of emergency in the provinces of Baghdad, Diyala, Salahuddin, Nineveh and Wasit, due to a wave of floods coming from Iran, accompanied by heavy rains.

It is noteworthy that the water reserves in Iraq amounted to eight billion cubic meters last year, according to the Ministry of Water Resources.