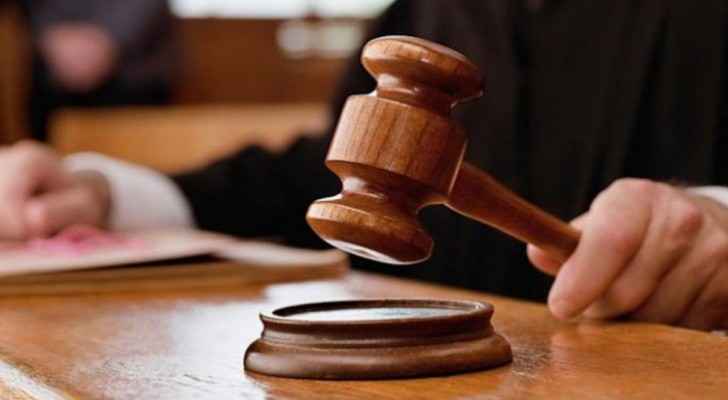 The Grand Criminal Court sentenced on Sunday, April 7, 2019, a 43-year-old man to hang after he had killed his wife and shot his young daughter with a gun in October 2016 in Zarqa governorate.

The court has stated that frequent marital disputes were the motive behind this murder since the murderer used to treat his wife and children badly and used to not spend money on them.

As a result of the frequent disputes, the accused had threatened his wife with murder, which called the victim to rent a house for her and her children in New Zarqa area.

The victim then had filed a lawsuit against her husband for alimony, which increased his hatred and made him decide to kill her.

For this purpose, the accused brought a pistol and started searching for the place of residence of the victim, which he was able to deduce later on.

One day in October 2016, the murderer decided to carry out the crime, where he rode his friend's vehicle and went to the victim's house. He monitored her until he witnessed her with the young daughter while they were in a market.

The accused followed his wife and daughter until they approached their house and he immediately fired several gunshots towards them, injuring his daughter in the abdomen and killing his wife due to serious injuries in the chest and abdomen.

The court stated that the murderer was accused of attempted murder and the possession of a firearm without a license, adding that the decision is discriminatory.