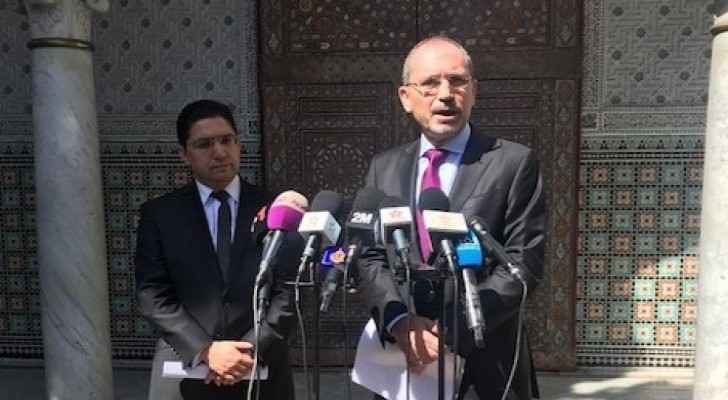 Jordanian Minister of Foreign Affairs and Expatriates, Ayman Safadi, along with Moroccan counterpart Nasser Bourita stressed the importance of the summit which brought together His Majesty King Abdullah II and Moroccan Monarch Mohammed VI.

The two top diplomats, during a press conference at Casablanca, pointed to the already strong ties between the two kingdoms, and the keenness of their Majesties to promote bilateral ties.

Safadi said that the two countries will witness wider cooperation in various fields including investment, trade, and tourism, adding that further coordination will take place to face challenges in the Middle East region.

Talks between their Majesties focused on Jerusalem, Safadi said, adding that the talks covered the holy city since His Majesty King Abdullah II is the Custodian of the Islamic and Christian Holy Sites in the city and His Majesty King Mohammed VI is the Chairman of the Jerusalem Committee.