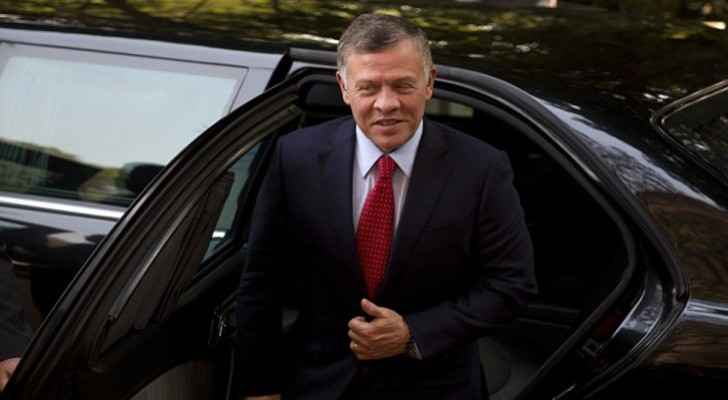 His Majesty King Abdullah II will go on working visits to Morocco, Italy, France, and Tunisia as of Wednesday, March 27, 2019.

His Majesty will first be heading to Morocco to hold talks with the Moroccan King Mohammed VI, in continuation of the coordination and consultation between Jordan and Morocco on the issues of the region, especially with regard to the Palestinian Cause, Jerusalem, supporting Palestinians to get their legitimate rights and the establishment of an independent state on its national soil with East Jerusalem as its capital.

His Majesty's visit to Morocco will be an important step in His Majesty's efforts to enhance cooperation with Arab countries and activate joint Arab action as one of the most important means to face the challenges facing the Arab nation and achieve stability in the region, Which was confirmed by the trilateral summit held in Cairo earlier on Sunday, March 24, 2019.

His Majesty, accompanied by Her Majesty Queen Rania Al Abdullah, will be heading to the Assisi town of Italy to receive the "Lamp of Peace 2019" Prize, which will be awarded to His Majesty for his efforts in promoting human rights, brotherhood, interfaith dialogue and peace in the Middle East and the world.

His Majesty's visit to Italy is a continuation of His Majesty's efforts in defending Islam and highlighting its true image based on tolerance, moderation, and respect for others, as well as emphasizing the importance of addressing the phenomenon of Islamophobia.

His Majesty will deliver the keynote address at the award ceremony, which will be attended by the German Chancellor Angela Merkel, who won the award last year.

King Abdullah is expected to meet with Italian Prime Minister Giuseppe Conte to discuss relations between Jordan and Italy and ways of enhancing joint cooperation in addition to current developments in the region.

In order to follow up on the latest developments in the region and to confirm Jordan's firm stance towards it, His Majesty will travel from Italy to the French capital Paris to meet French President Emmanuel Macron.

The royal communication with the leaders of European countries is a diplomatic priority for Jordan, especially in the light of developments in the regional arena, in order to emphasize the need of the international community to support efforts to achieve peace in the region.

From France, His Majesty will travel to Tunisia to participate in the Arab Summit that will be held there.

His Majesty will preside over the Jordanian delegation participating in the Summit and will deliver Jordan's address at the opening session.