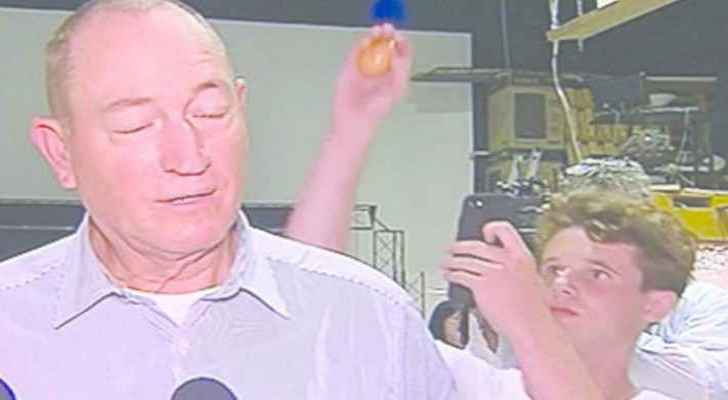 A New Zealand teen who was dubbed “Egg Boy” after smashing an egg on the head of an Australian senator will donate the money raised for him to the victims of the Christchurch terrorist attacks.

Will Connolly, the 17-year-old teen who was captured on live TV Saturday, 16 March, egging Senator Fraser Anning, who had remarked that Muslim immigration was the reason for the recent terror attacks that left 50 people dead and dozens more injured at two mosques.

"The real cause of the bloodshed on New Zealand streets today is the immigration program, which allowed Muslim fanatics to migrate to New Zealand in the first place," Anning said in a statement about the attacks on Friday.

A GoFundMe titled “Money for Eggboi” has been started for the Australian teen and had raised more than USD 53 thousand (around JOD 37 thousand) by Monday afternoon.

The money was supposed to go toward Connolly’s legal fees and “more eggs,” according to the campaign, but the teen has said he is going to donate his money to the victims of the shooting,

Police later announced that Connolly was released without charges.