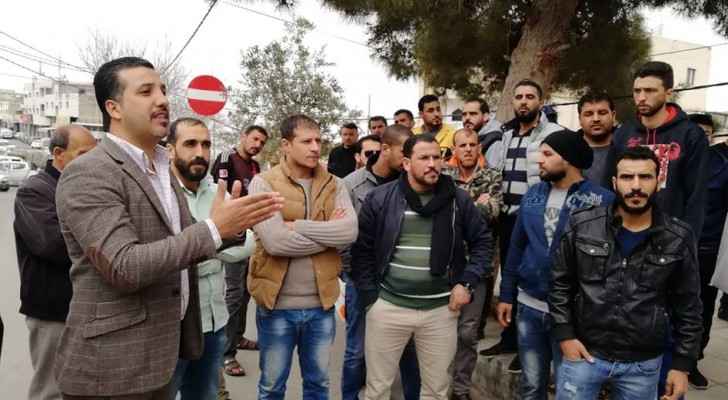 Tens of unemployed youth protested on Wednesday, March 13, 2019, in Tafilah governorate, asking for job opportunities in the governmental sector, which will enable them to secure their future.

Protestors denounced the repeated promises of the Jordanian government over the past years, which nothing of them have been achieved.

protestors also expressed their refusal to, what they called, the "temporary jobs" that the government provides.

A group of the protesters met with the governor of Tafilah, who asked them to wait for two weeks until their demands are discussed; however, they refused.