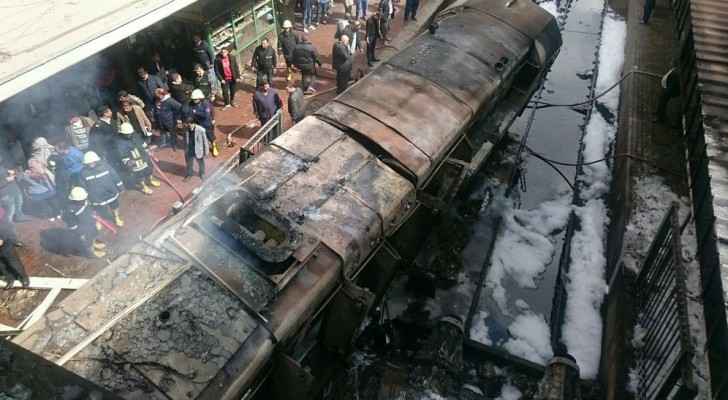 At least 25 people were killed and 40 injured after a train collided into a platform and its fuel tank exploded leading to a major fire on Wednesday, February 27, 2019, at Ramses Station, the main railway station in central Cairo, capital of Egypt.

Egyptian Prime Minister Mostafa Madbouly arrived at the scene and pledged in a statement to reporters that investigations will be ongoing until those responsible are identified.

The Jordanian Minister of Foreign and Expatriates Affairs Ayman Safadi expressed his condolences to Egyptians on the victims of the tragic accident.

"May God have mercy on the victims of the tragic train accident in Cairo and I wish the wounded a speedy recovery. We extend our deepest condolences to Egyptians and to the families of the victims," Safadi tweeted.

Egypt has witnessed many bloody railway accidents recently, in which hundreds of people were killed and officials and observers explained that the accidents happen because the trains and vehicles are old and have not been maintained for too long.