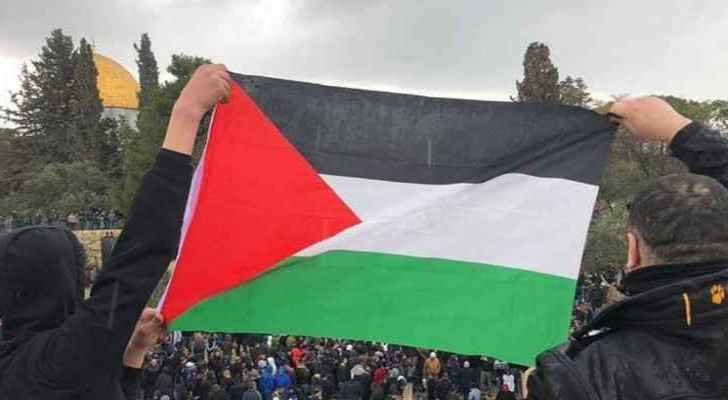 Israeli media reported that the renovation of Bab al-Rahma, which had been closed since 2003, was a "planned operation backed by Jordan's King Abdullah II".

According to Maariv Newspaper, the takeover included the raising of the Palestinian flag on the rooftop after 16 years of closure.

Journalist Yoni Ben Menachem stated, during a radio interview, that Palestinians and Jordanians have established a joint council to manage the Temple Mount and the holy sites in Jerusalem as the first step of a plan to torpedo the Trump administration's "deal of the century" for peace between the Palestinians and the Israelis.

He pointed out that “for the first time Jordan has made a historic turning point, after giving the lead on the renovation to the official representatives of the Palestinian Authority and the Fatah Movement.”

Colonel Baruch Yadid said that this move was "a planned operation backed by the King of Jordan."

The Colonel talked about the reasons that led Jordan to this step, saying that it put an end to the attempts of other parties that the United States wants in the region.

Yadid gave another explanation for Jordan's move, as it is to “ strengthen Jerusalem's status and stop the spread of the Turkish activities all over the Muslim sites in the city”.