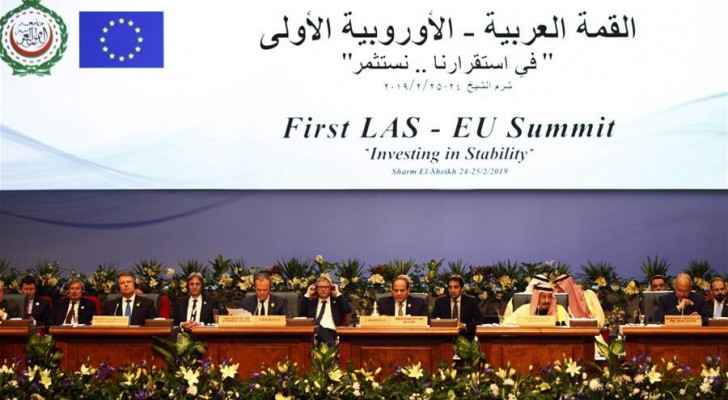 The Arab League announced on Sunday that the agenda of the Arab-European summit which is hosted in Sharm el-Sheikh in Egypt is open to any and all issues.

In a press statement, Assistant Secretary-General of the League of Arab States, Ambassador Hossam Zaki, predicted that the level of European representation will be more than expected with more than 20 heads of state and government, in addition to the Arab participation, which he described as "very high."

He stressed that the level of participation reflects interest in this Arab-European dialogue at the level of leadership which is happening for the first time.

As for the development of the European position on supporting the Palestinian cause, Ambassador Hossam Zaki said that this development may not be easy collectively, but it may be easy at the bilateral level, hoping that European attitudes will develop individually or bilaterally to full recognition of the state of Palestine, like Sweden and other countries have".

The summit, which is attended by 50 Arab and European countries, will discuss ways of boosting regional stability in the two regions, meeting regional and global challenges and cooperating in this regard.