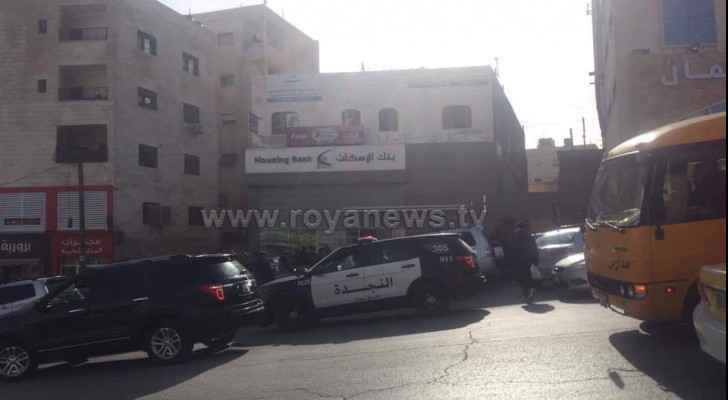 An unidentified person broke into the Jabal Al-Naser branch of the Housing Bank for Trade & Finance on early Sunday, January 20, 2019, according to a spokesman for the Public Security Directorate.

According to the statement, the man who was wearing a red Shemagh, had threatened the cashier at gunpoint, robbed about JD 12,221 and fled the scene immediately from the side door.

The source added in a statement to Roya that the armed robber fired one shot in the air, where it was found that the gun used in the incident was fake.