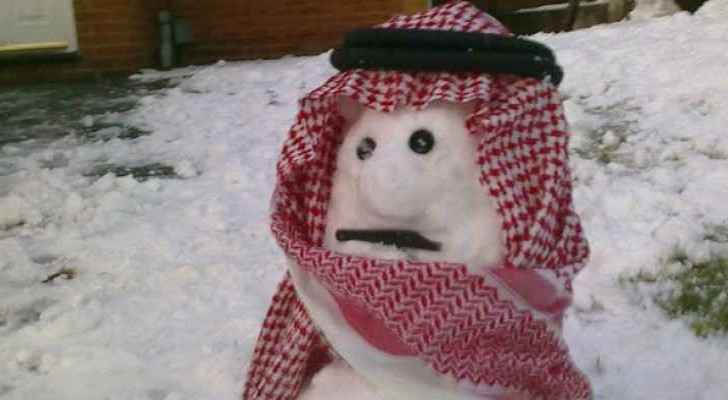 The Kingdom of Jordan is affected by a very cold air mass of polar origin, coming northeast of the island of Cyprus. The weather is very cold and partly cloudy to cloudy with rainfall in the north and central parts of the Kingdom, which is gradually spreading to most areas.

Jordanian Meteorology Department (JMD) predicts heavy rainfall which may lead to floods in valleys and low areas, accompanied by thunder and showers of hail.

According to JMD, snow will begin falling this evening and into the night over the northern, central and southern mountains of the Kingdom, which are higher than 900 meters above sea level; where it is expected to accumulate in varying thicknesses.

Head of JMD Hussein Momani said the accumulation of snow will reach up to 10 cm in the north and south of the Kingdom on Thursday morning.

Westerly winds of high speeds between 60-70 km/h with strong gusts at times exceeding 90 km/h in some areas, leading to dust rising and low visibility particularly in the southern and eastern regions.

As for tomorrow Thursday, the weather will remain very cold and partly cloudy to cloudy and with possible rain showers.

Snow can fall in the early hours of tomorrow morning over high mountains.
The weather gradually eases on Thursday afternoon, with the chance of rain decreasing and clouds scattering.