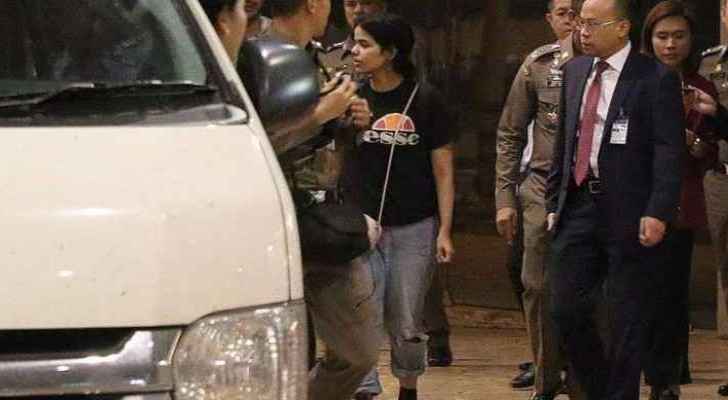 "Rahaf received death threats, which is why she closed her account on Twitter," said one of the site's users, who introduced herself Rahaf's friend.

The 18-year-old teenager arrived in Thailand last Saturday but was denied entry at first and her passport confiscated.

While in transit at Suvarnabhumi Airport in Bangkok, Rahaf launched her Twitter account and soon began to tweet that she had fled her family after arriving with them from Saudi Arabia to Kuwait for holiday; and that her life would be in danger if she were forced to return to Saudi Arabia.

Within hours, activists launched a campaign called #SaveRahaf on Twitter. As a result, the Thai authorities allowed the teenage girl to enter the country on Monday, were she was placed under the auspices of the United Nations High Commissioner for Refugees (UNHCR) until she found a state that would accept her asylum.

Kuwait 'surprised' at silence of UN Security Council on ....

Kuwait 'surprised' at silence of UN ....