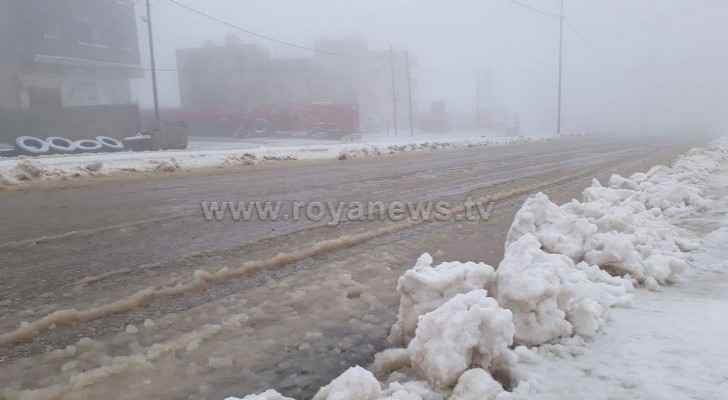 They said it was going to snow, but then it didn’t - not all over Jordan anyway. And like anyone else with access to the Internet, Jordanians couldn’t help but mock and criticise the government for the “unnecessary extreme weather warnings” that they were bombarded with yesterday, after they were told that plenty of snow would fall on Tuesday afternoon until late Wednesday.

In reality, it snowed in Ajloun without the need for any road closures or affecting everyday activities.

These are some of the satirical comments made by Jordanian social media users:

“Roads are closed because people had gathered to wait for snowfall.”

“Lentil soup is ready, we’re waiting for the snow.”

“These are called 'weather forecasts.' The majority of people feel so sad because they were hoping for a day off.”

In their defense, Spokesperson for the Jordan Meteorological Department (JMD), Ra’ed Al Khattab, told Roya on Wednesday morning that predictive analytics indicated that heavy snowfall would occur during the predicted weather depression and warnings were issued to citizens accordingly for their own safety. Fair enough.

The spokesperson pointed out that a number of areas in the Kingdom did indeed witness snowfall, with snow accumulations in Anjara reaching 8 cm and 5 cm in the Ras Munif area. In addition, Jerash witnessed snowfall with very limited accumulations.

Nonetheless, it is still pretty cold out there and many of us are still singing “let it snow, let it snow.”