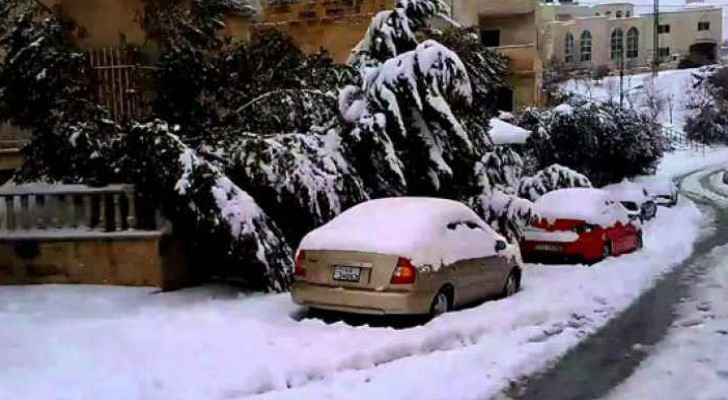 Osama Tarifi, Head of Operations and weather forecaster at "Arabia Weather" listed the areas which will witness snowfall in the afternoon hours, in light of the weather depression that was earlier expected to hit the Kingdom today, Sunday, January 6, 2019.

Tarifi said that the Kingdom's northern highlands are expected to witness snowfall on areas higher than 1050 meters above sea level, including Ajloun, Jerash, and Irbid.

In Amman, Khalda and Sweileh and the highlands of Balqa and Salt, will also witness snowfall.

During daytime, the weather will be very cold, accompanied by strong winds exceeding 100km/hour reducing visibility due to dust rising in most areas of the Kingdom, especially in desert area.