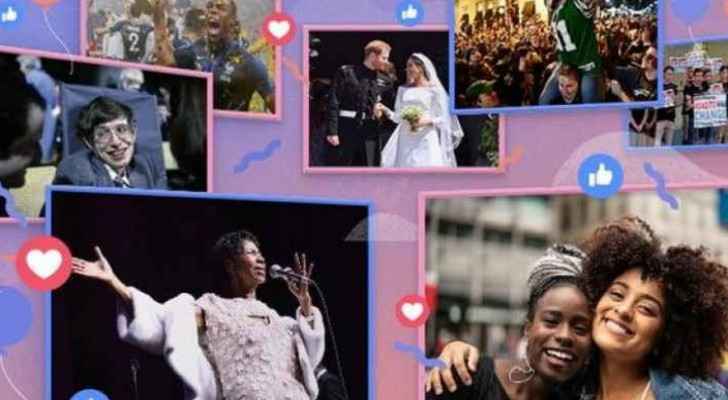 Facebook released their 2018 Year in Review, highlighting the top trends that users circulated on Facebook and expressed their opinions about between the first of January until November 11, 2018.

International Women's Day on March 8 was the most talked about event in 2018. The Facebook team announced that the discussion this year was different, as it focused on women's issues and concerns rather than the day itself.

2. March for Our Lives

March for Our Lives was organized by students who survived the terrorist attack in Parkland, Florida, on February 14, 2018, which prompted dialogue and action around the world. Facebook announced that more than a million people had shown interest in the movement, and more than $ 2.5 million had been raised through the fundraising campaign on Facebook.

The Brazilian presidential Election on October 7 and the US Midterm Elections on November 6 were among the most important issues discussed on Facebook in 2018.

World Cup was one of the most important sports events that were circulated on Facebook in 2018. More than 383 million football fans from all over the world expressed their joy with the win of their favorite teams through 2.3 billion posts, comments and reactions.

France's victory on July 15 and England’s semi-final match against Croatia on July 11 were among the most discussed topics of the year.

The Philadelphia Eagles secured their first Super Bowl win against the New England Patriots on February 4, which prompted more than 62 million people to discuss the results of the final of the American Football Championship.

The British Royal wedding of Prince Harry, Duke of Sussex, and Meghan Markle, Duchess of Sussex connected more than 42 million people, who circulated photos of the wedding on May 19.

On July 18, millions of people on Facebook celebrated the 100th anniversary of Nelson Mandela’s birth, the former president of South Africa, and his dedication to human rights and social justice.

Millions of posts have been shared to memorialize the great impact of the inspirational and influential figures who passed away in 2018, like the musical icons Aretha Franklin, Avicii, and Dolores O’Riordan of The Cranberries, scientific visionaries like Stephen Hawking, the influential storytellers like Anthony Bourdain and Hollywood stars like Burt Reynolds.

Arab celebrities do the ....