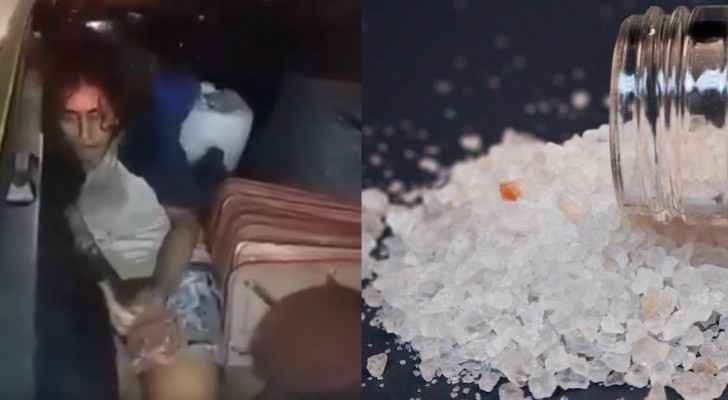 The fatal “Zombie drug” has arrived in Tunisia for the first time, the BBC reported, citing the Spokesperson for the Tunisian Customs department Haitham Al Zannad.

About 418 grams of the drug were seized by Tunisian customs.

Zannad told local radio station Jawhara FM that the Zombie drug is highly addictive, much more so than other hallucinogenic drugs, and that its effects are instant and “inhuman.”

Videos showing what the drug does to those who consume it caused Tunisian social media users to panic. However, Tunisian Minister of Health Abdel Raouf El Sherif assured them that “there is no need to panic.”

In an interview with Jawhara FM, the minister noted that “special units from the Ministry of Interior are tirelessly working on combating this drug and other drugs in Tunisia.”

What is the Zombie drug?

The Zombie drug has many names, including “Superman,” “Flakka” and “Spice.” Its scientific name is “alpha-PVP.”

Just like its names suggest, the drug causes those who consume it to act like zombies, to feel extremely powerful, paranoid and violent, in addition to many other harrowing symptoms.

The synthetic drug - usually consisting of a mixture of herbs or shredded plant material with mind-altering chemicals sprayed on top - is manufactured in China and is sold for very little money worldwide.

Some of those who have used the Zombie drug and have been addicted to it spoke to local British media about their experiences with it.

"It's worse than heroin. Once you're hooked on it, you're f***ed basically," one user, who has been off the drug for six days, told Wales Online.

One woman described what happens when she smokes the drug: "You don't know what you're taking, to be honest.

"And when you do take it, it just makes you trip out and sometimes you get this scary feeling.

"But then it'll just wipe you out completely, like stronger than heroin for a good 20 minutes.

"And then you'll come round without even realising you've been under for the last 20 minutes. Then you spark up another spliff and just go on and on and on."

Another user, who has been off the drug for ten days, said: "I know people who have died on it recently, it's really not good, terrible, something needs to be done about it.

"It's very, very easy to get addicted to it but the addiction is more mental than physical. Spice makes you need it physically and mentally.

"Cocaine is more of a want, whereas heroin is a physical need and spice is in-between. It's a mental want but you'll be sick so you physically need it as well."

A former user of Zombie had a message for anyone thinking of taking it.

"Stay away from it because it will totally hit you the other way," he urged.

"You think it's all fun and games. The first time I smoked it, two drags and I was in Llandough (hospital). Do not, at any cost, smoke it. It's bad stuff, you don't know what's in it, it's not a drug to smoke and not for human consumption.

"I'm off it now and I hope to stay off it. I've got my focus set. I'm going to do my utmost best to stay off it because I know what it does and I've seen good friends die."