Potato chip factories in the Kingdom had also argued that their products are preservative-and-colouring-free. (Mediatel) 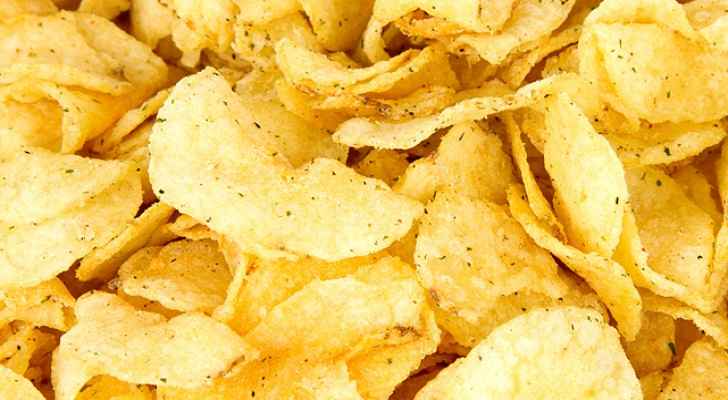 Potato chips have been banned from being sold in Jordanian schools since 2012. However, it is reportedly expected for the Ministry of Health to lift the ban in the near future.

A draft proposal reviewed by Al Ghad newspaper reportedly suggests the amendment of Clause 8 in the Article prohibiting the sale of chips in schools, and tweaking it to allow the sale of “potato chips that do not contain colourings, preservatives and excess salt.”

Health Minister Ghazi Zaben has reportedly agreed to lift the ban with the Amman Chamber of Commerce.

The Ministry had banned the “unhealthy” snack from schools because “it was the cause of children’s bad dental health.”

Schools have also been banned from selling sodas and fizzy drinks for the past six years, in addition to drinks and juices that contain less than 30% of natural juice.

Other foodstuffs that are not allowed to enter school canteens are sweets, chocolate, chewing gum, lollipops, toffee, ice cream, meat and eggs.

Earlier this week, the Chamber of Industry demanded that the Ministry of Health reverses its decision and urged it to support the local market.

Potato chip factories in the Kingdom had also argued that their products are preservative-and-colouring-free, and that they are “good for kids.”

Mohammed Waleed al-Jeetan, representative of the food sector in the Jordan Chamber of Industry, assured parents that locally-produced potato and corn chips contain “good oils and carbohydrates that are necessary for boosting students’ energy during the day."