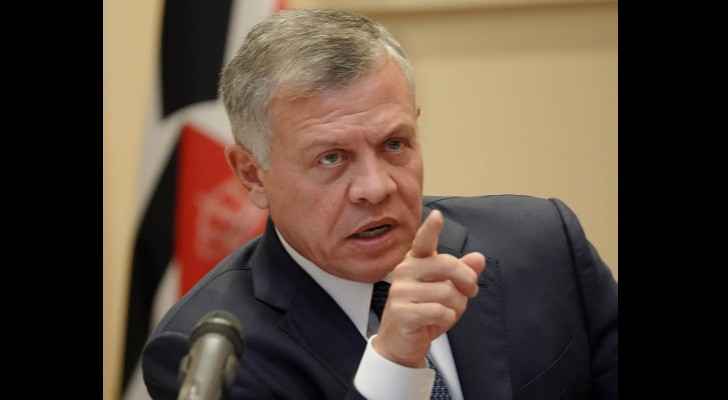 His Majesty King Abdullah II chaired a National Policies Council (NPC) meeting on Friday, October 26, 2018 at Al-Husseiniya Palace, to look into the latest developments and the procedures taken regarding the Dead Sea Flooding incident which took place on Thursday and has resulted in 21 deaths and more than 30 injuries.

His Majesty said that “I and all Jordanians are bereaved by this tragedy,” adding that what happened has touched the hearts of all Jordanian.

During the meeting, His Majesty urged that a detailed report about the investigation must be through and clear in order to determine the identity of those responsible.

His Majesty also stressed on the importance of providing the best health care and treatment for those injured, wishing them all a speedy recovery.

The King expressed his pride and appreciation for the civil defense, public security, armed forces, and the medics who have worked around the clock, exerting all efforts to save the injured and find those who were missing.

His Majesty also thanked the citizens who volunteered, working hand in hand with the authorities in the rescue and evacuation operations.

'Critical' situation in Jordan amid ....

Potato chips could return to Jordanian ....