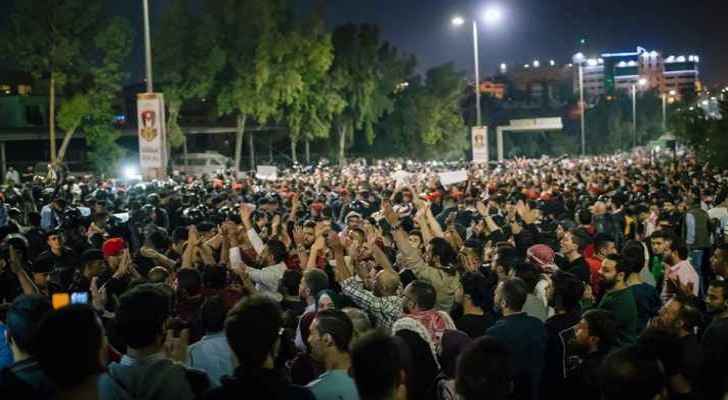 Jordanian political parties have refused to participate in the 4th circle protest against the income tax bill (ITB), November 30, 2018.

The parties consider that what we are witnessing irresponsible attempts and invitations from time to time aimed at undermining the security and stability of the homeland and extinguishing the state of national optimism about the serious change initiatives pursued by the government.

They called on all political parties, activists and national institutions to give reason and logic and use the language of dialogue, and not be dragged behind rumors that would create and spread tension and frustration among citizens, and to pay attention to the entire region’s instability, insecurity and social peace.

Activists on media platforms had announced this week their intention to organize an activity to denounce the ITB, in the vicinity of the Prime Ministry on the 4th circle today, Friday.

Read more: Source: No request for 4th Circle ITB protest received, measures will be taken according to law