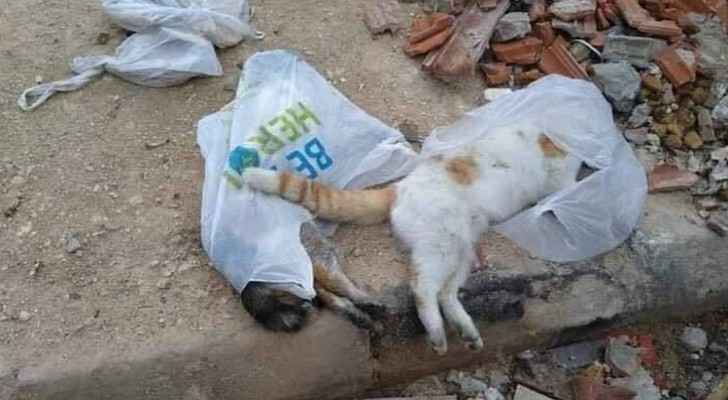 Thirty-five cats have died after eating poisoned sardines in the Queen Rania Street area in Amman.

The Greater Amman Municipality (GAM) denied its involvement in the killing of the stray cats.

“GAM is not responsible for the poisoning of any cats,” Shtoura Adwan, Head of the Animal Welfare Department at GAM, said in a statement on Wednesday, November 28, pointing out that the municipality “only fights off stray dogs, never cats.”

Adwan confirmed that an unknown citizen placed contaminated tins of sardines in the big council bins on Queen Rania Street, which killed the cats after consuming them.

The official said that once the dead felines were reported to GAM, a cleaning team was sent over to the area to collect the animals’ bodies and dispose of them in the correct place.

Adwan said that GAM still does not know the suspect’s identity.

Meanwhile, the official Spokesperson for the Ministry of Agriculture, Lawrence al-Majali, told Roya that the Ministry had absolutely no involvement in the cats’ death.

“The Ministry treats stray cats through the Veterinary Directorate if they are sent in by a civilian, otherwise, it does not fight off stray cats in any shape or form,” Majali explained.