Women at a demonstration to mark Tunisia's Women's Day and to demand equal inheritance rights between. (The National) 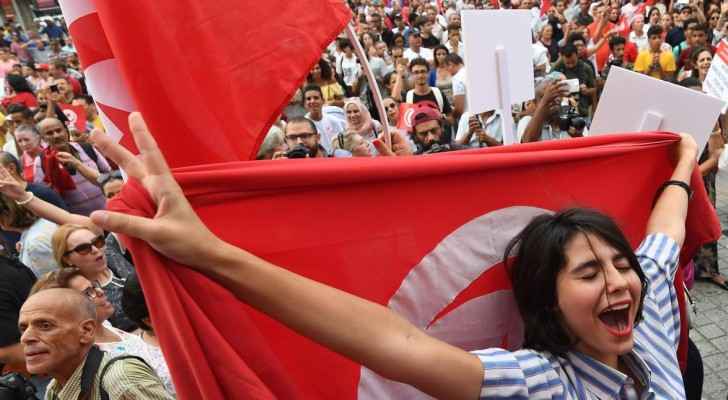 Tunisia on Friday, November 23, became the first Arab country to achieve gender equality in inheritance, after the Tunisian Cabinet approved a law that would allow men and women to inherit equal amounts, contrary to what is stipulated in Islam.

The controversial law will be discussed and ratified in parliament before it goes into effect in the progressive country.

Many Muslims object to the law, as it goes against Quranic verses which state that males should inherit what two females should. However, Essebsi said that citizens should be given the choice to follow Sharia Law in inheritance should they wish to.

The president had said at the time that his legislative initiative was based on the Tunisian constitution which states that “Tunisia is a civil country that is based on three elements: Citizenship, the will of the people, and the supremacy of law,” and that “the rights and duties of Tunisian men and women are equal, and that the state is committed to defending women’s rights and works on supporting and developing them.”

Despite Essebsi pushing for gender equality, a survey conducted by the International Republican Institute in 2017 showed that 63% of Tunisians - including 52% of women - opposed equal inheritance.