French tourist falls to her death in Petra

The woman was about to take a picture of the Treasury from above. (Al Rai) 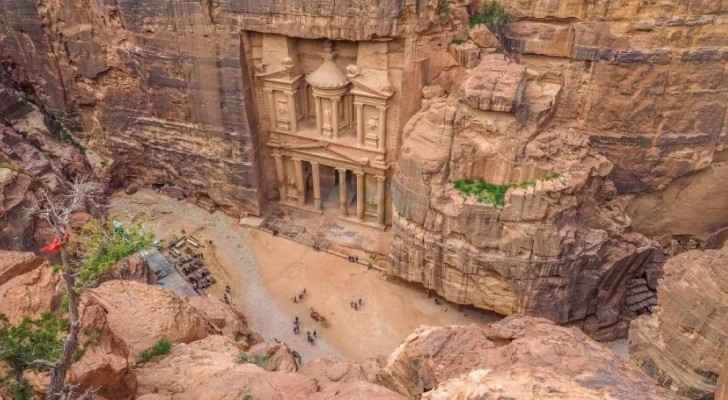 A 28-year-old French tourist fell 20-meters to her death in Petra on Friday, November 23.

The woman was about to take a picture of the Treasury from above, when she turned around and stepped backwards, and the stick she was leaning on snapped in half, causing her to trip and fall off the cliff.

Eyewitnesses said that members of the tourist group she was travelling with and their official tour guide tried to save her, however, the area she had fallen to was too dangerous to reach.

The woman succumbed to her wounds soon after she was transferred to Queen Rania Hospital in Wadi Musa.

The Petra Development & Tourism Region Authority (PDTRA) said that the route the deceased and her group were walking is an authorized one, adding that the group’s tour guide is one of the most experienced ones in the area.

The PDTRA urged tourists to stick to walking the authorized routes and to avoid climbing and hiking in dangerous areas.

Another Jordanian doctor dies from ....