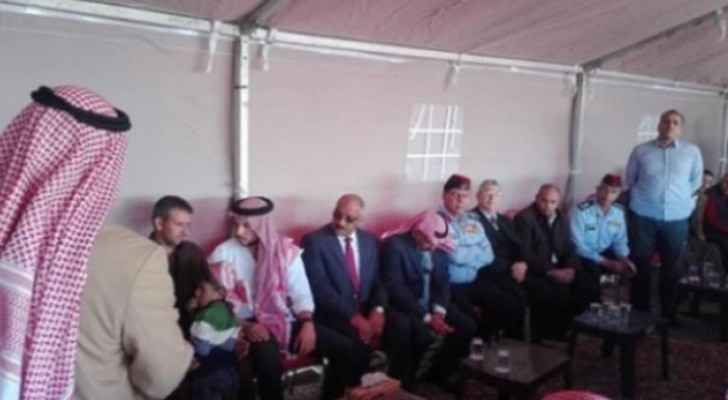 On behalf of His Majesty King Abdullah II, His Royal Highness Crown Prince Al Hussein bin Abdullah II, offered condolences to the families and relatives of the victims of the flash floods which hit several parts of the Kingdom on Friday.

Crown Prince Al Hussein visited the family houses of those who fell victim to the natural disaster of flash floods in Ma'an, Karak as well as Madaba governorate on Sunday, November 11, 2018.

His Royal Highness also visited the house of Diver Hareth al-Jbour in Muwaqqar area, who lost his life while he was on duty on Friday night, November 9, 2018, bravely rescuing citizens from the flash floods that swept the Dabaa area near Amman.

His Highness conveyed the condolences of His Majesty King Abdullah II to the families and relatives of the victims, asking God Almighty to protect them with His mercy and help them through these hard times.

His Highness was accompanied by Chief of the Royal Hashemite Court, Yousef Issawi.