NASA rover spots a strange being on Mars

Zoomed in image composite of mysterious white 'being' on Mars 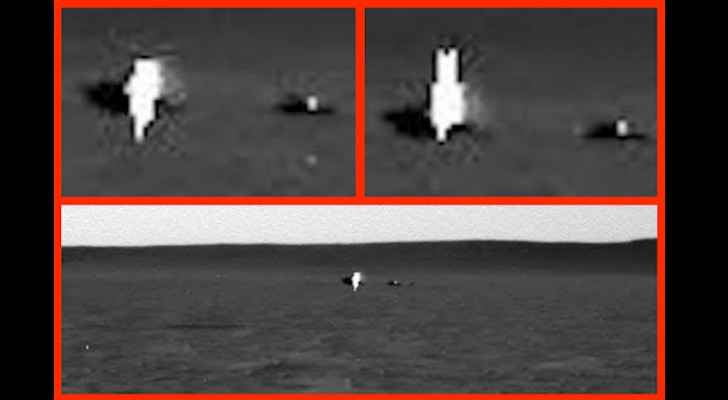 A pure white, strange being was seen by the NASA rover while scanning over photos from Mars on Monday, November 5, 2018, according to UFO Sightings Daily.

Three photos have been taken of the “energy” object, which is thought to be alive, as it had its own light source and lingered for a while while changing shape, before moving past the rover’s view, Scott C. Waring, supervisor of UFO Sightings Daily stated.

“I thought maybe this was a reflection...but how? It’s an overcast sky, yes, Mars has clouds...a lot on this day. Then I thought it might be gamma radiation hitting the surface of the planet...but three times in a few hours? That’s like the same guy winning the mega lottery in the same day...the odds are way out there,” he added, trying to find a reasonable clarification of what has been discovered.

The "hunter of unknown objects in space”, as some people call him, found only one interpretation of what has been seen. Based on what appears in the photos, he thinks that there must be an outer source of light to what he called, an “angelic” being.

Strangely, NASA hasn’t conducted an investigation yet to explain the photos, “So why didn't NASA go to investigate? Fear...of what its close proximity to the rover might do...shut it down, cause glitches, take control...ect,” Scott C. Waring wondered.