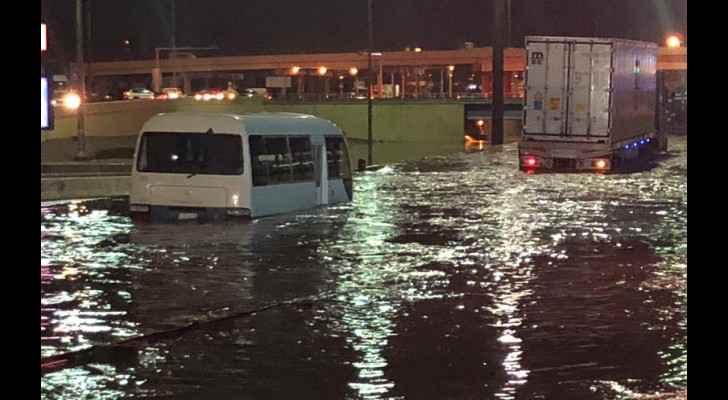 The Embassy said in a warning through its Twitter account: "The Jordanian embassy wishes the Jordanian community to take precautions during the rainy weather and follow the instructions issued by official authorities in Kuwait, wishing all safety."

Heavy rain continued hammering across Kuwait since yesterday, accompanied by hail and occasional lightning and thunderstorms, which caused water to heavily flood the streets of Kuwait city.

The bad weather caused heavy traffic congestion on highways and on main roads, especially because of low visibility caused by fog in some areas, in addition to bright lightning bursts that lit up the skies of Kuwait.

Kuwaiti Council of Ministers decided to close all ministries and government departments, and all educational and administrative bodies, and announced a public holiday.