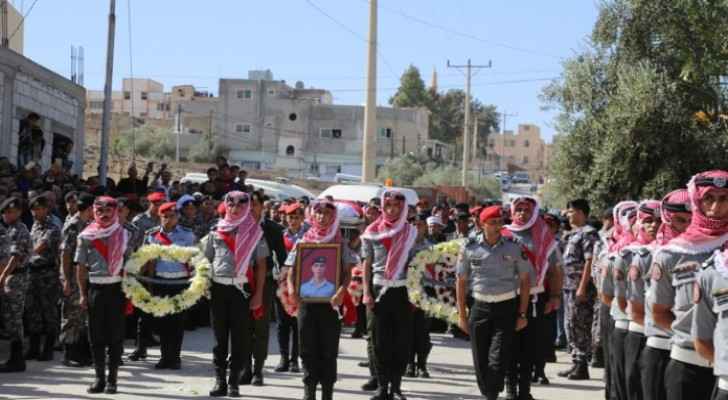 On behalf of His Majesty King Abdullah II, the Royal Hashemite Court Chief, Yousef Issawi, offered condolences to the family of the martyr Sergeant from the Gendarmes Directorate, Abdulrahman Ibrahim Jaradat, who departed while performing his national duty – as his vehicle crashed while chasing a wanted person.

During the visit to the funeral house in Bushra town in Irbid, Issawi conveyed His Majesty’s condolences to the Jaradat family, asking God Almighty to embrace the martyr with his mercy.