Students sit on top of a public transport bus in Zarqa. (Roya) 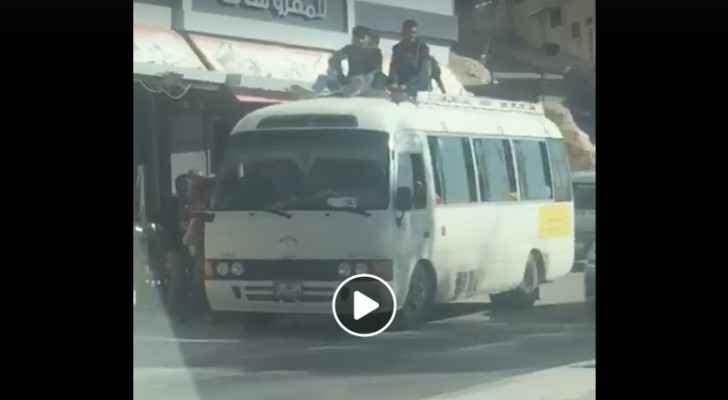 Police arrested the bus driver who allowed school children to ride on top of his bus on Thursday morning, November 1.

Jordanian social media circulated this shocking video of a public transport bus carrying school children on top of it, without any consideration for their safety.

The students are seen calmly sitting atop the small bus as it dangerously turned uphill and downhill.

The incident took place in Al Hussein neighbourhood in the Zarqa Governorate, according to social media users.

The bus driver should be taking care of those young children, instead of putting them in danger, especially that Jordanians are still mourning the death of students from Victoria College School, who were killed in the Dead Sea floods last Thursday, October 25.