The school’s management asked students and staff to return home on Sunday. (Roya) 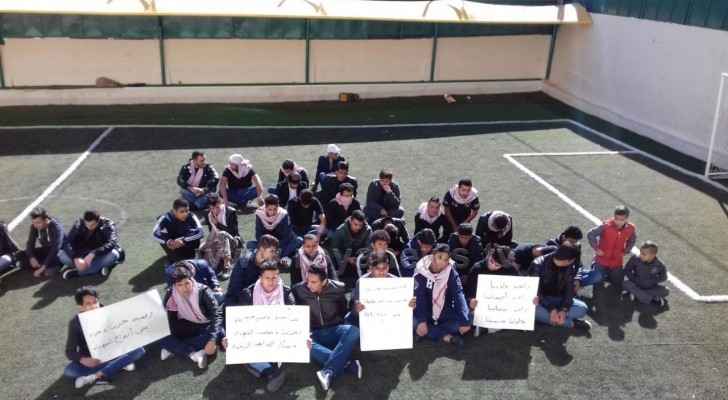 Victoria College School staff and students staged a sit-in on the school’s premises on Sunday morning, October 28, 2018, in protest of the Ministry of Education’s decision to suspend the school until further notice.

One of the participants told Roya that the school’s management asked students and staff to return home, and prevented them from performing prayers for their classmates who lost their lives on Thursday.

On Thursday, October 25, 2018, the school committed several violations after insisting on going on a school trip to the Dead Sea, which ended in disaster due to the severe weather conditions that swept the Kingdom over the weekend.

Sadly, many students lost their lives due to the vicious floods which erupted in a Dead Sea nearby-area, sweeping away the bus and whoever was in it and near it.

The Ministry of Education takes action

In response to the tragic incident, the Ministry of Education has announced that all school field trips across the Kingdom have been cancelled, until further notice.

The announcement was made through an official statement made on Saturday, October 27, 2018, of which a copy was sent to all Educational Directorates in Jordan, including UNRWA schools and educational institutions.

The decision also considers all previously issued field-trip-approvals as void.