The Nasib Border Crossing will operate from 8am until 4pm, according to the Jordanian government. (Roya) 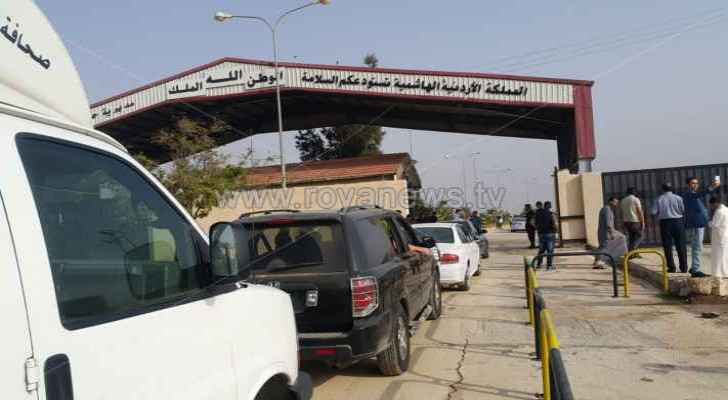 After weeks of anticipation, Jordanian and Syrian authorities officially celebrated the opening of the Nasib Border Crossing on Monday, October 15, 2018.

Businessmen, merchants and investors used the border crossing to travel from Jordan to Syria and vice versa this morning.

Travelers expressed their joy at finally opening this important land crossing between the two countries, which they said will economically revive both sides.

The reopening of the border crossing was also eagerly awaited by farmers, owners of trade and shipping companies, passenger transportation, and transportation of goods between Lebanon, Syria, Jordan, Iraq and the Gulf.

The Nasib Border Crossing will operate from 8am until 4pm, according to the Jordanian government.

Jordanian citizens can travel to Syria in their private cars, while Jordanians residing in Syria and Syrians residing in Jordan or in another country can use the border to cross over, as long as they can provide valid travel documents.

Syrians wishing to visit Jordan must also provide security clearance documents, and those travelling through Jordan to other countries must provide evidence of a visa or residency stamp to the country they are headed to.

Shipments making their way to Jordan from Syria are subject to inspection, however, Syrians carrying an authenticated investor card can enter the Kingdom without prior approval and can also come in using their own car.

Syrian taxi drivers carrying passengers into Jordan can enter without prior approval, while Syrian citizens who own a private car that doesn’t carry a Syrian licence plate can enter Jordan, as long as they can provide all the necessary legal documents, including those from customs.