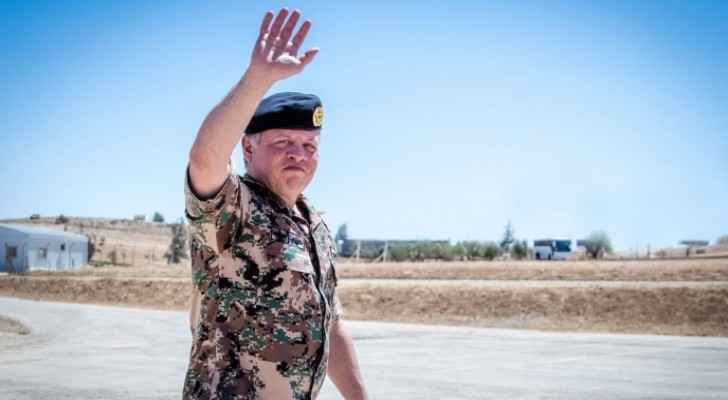 His Majesty King Abdullah II flew to the United Kingdom on October 9, 2018 in order to attend a military event by the Light Dragoons (LD), a cavalry regiment in the British Army which has deep ties of army cooperation with the Jordanian Armed Forces.

After His Majesty's graduation from the Royal Military College (RMC) Sandhurst, he took part in the military training of Light Dragoons and later held a leading command post in it.