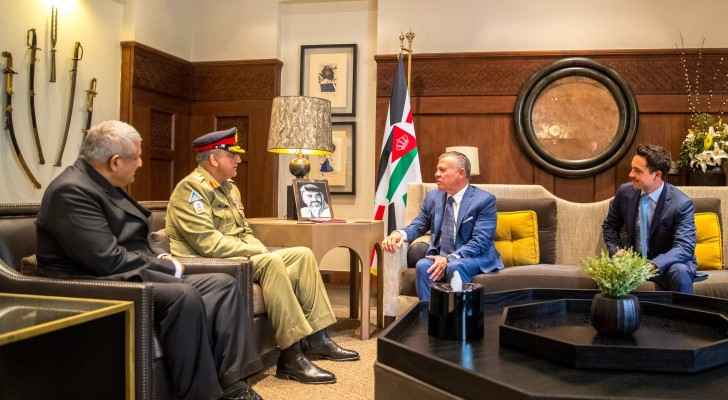 The meeting discussed various topics of mutual concern including the military cooperation between Jordan and Pakistan.

Attendees to the meeting included Chairman of the Joint Chiefs of Staff Lt. Gen. Mahmoud Freihat, Adviser to His Majesty and Director of the Office of His Majesty, Manar Dabbas, as well as Pakistani Ambassador to Jordan, Junaid Rehmat.