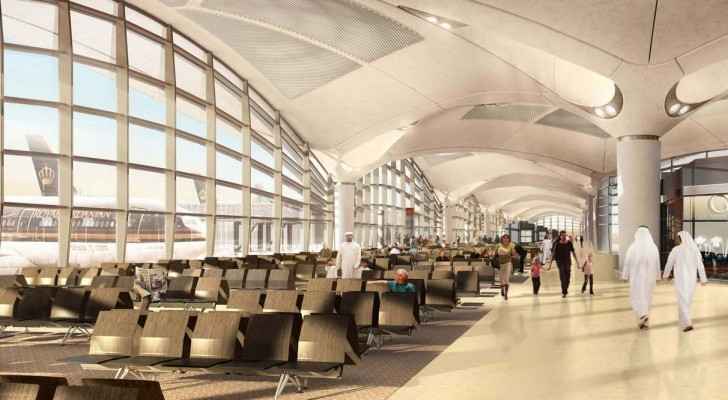 Queen Alia International Airport hit a new record after, for the first time ever, more than one million passengers passed through its departures and arrivals terminals.

In August, 1,002,010 people flew into and out of the capital’s main airport, marking a 6.8% increase in passenger traffic compared with 2017, according to statistics released by the Airport International Group.

During the same period, aircraft traffic rose by 8.8%, while air freight traffic decreased to 16.8%.

The airport underwent a multimillion-dollar renovation and expansion in 2016, increasing its gates from nine to 17 and raising the annual capacity of the airport from nine million to 12 million passengers.