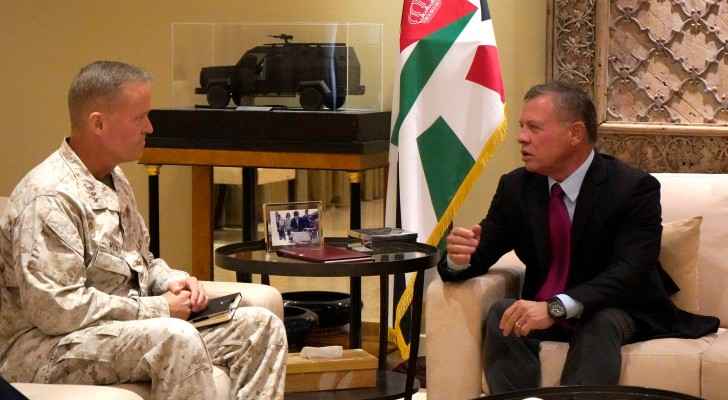 The meeting discussed the potential of boosting military cooperation between Jordan and the United States.

Attended by Chairman of the Joint Chiefs-of-Staff Lt. Gen. Mahmoud Freihat, the meeting also reviewed various issues that is of mutual concern both regionally and internationally.

Earlier on the same day, Freihat also met with Mundy and his accompanying delegation at the Army's chief office in the General Command. Their meeting was attended by the American military attaché in Amman.

King Abdullah returns to Jordan after working visit to ....

King Abdullah returns to Jordan after ....