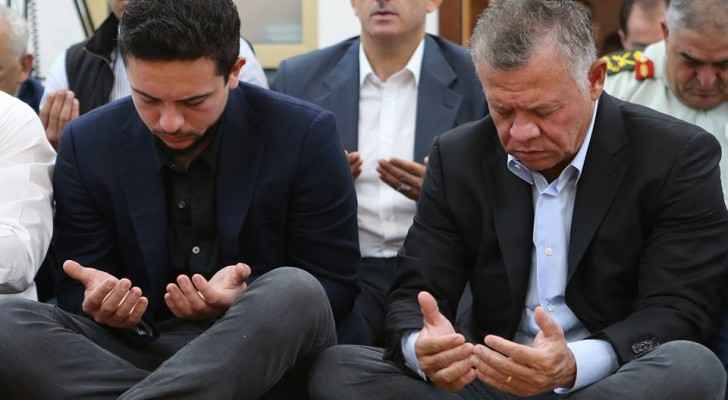 Eid Al Adha is finally upon us and His Majesty King Abdullah and the Crown Prince of Jordan made it their duty to spend the first day of the Muslim holiday with the families of the Fuheis and Salt victims.

The Jordanian monarch told the families how much he appreciated the sacrifices their children have made for their country.

The royal family performed Eid prayers at the Royal Guard Mosque in Aqaba before meeting with with the victims' families.

The worshippers listened to the Eid sermon delivered by Sheikh Ghaleb Al Rabab'ah, in which he discussed the virtues of compassion and affection associated with performing religious duties during Ramadan and the values associated with Eid.

The Royal Guard Mosque in Aqaba has hosted King Abdullah II on numerous occasions. His most recent visit, before today, was when he joined worshippers for Friday prayers last June.