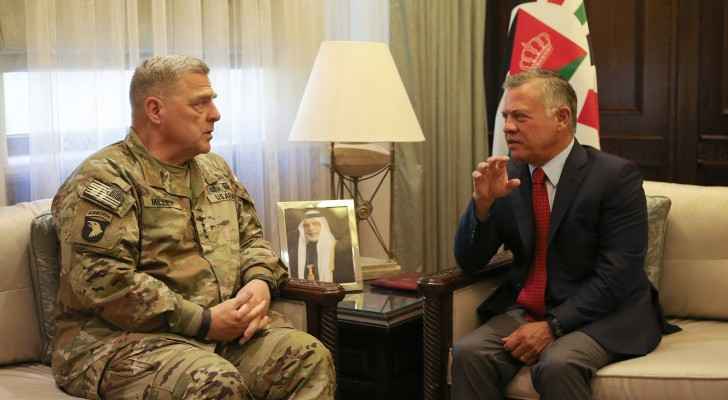 The meeting focused on coordinated efforts in fighting terrorism both regionally and internationally. Attended by Adviser to His Majesty and Director of the Office of His Majesty, Manar Dabbas, Chairman of the Joint Chiefs of Staff, Lt. Gen. Mahmoud Freihat, and US Chargé d’Affaires in Amman, Paul Malik.

Milley, who arrived in Jordan with an accompanying delegation, was received at the Marka Military Airport by Chairman of the Joint Chiefs of Staff Lt. Gen. Mahmoud Freihat, reported the Jordan News Agency, Petra. The two discussed recent developments in the region as well as military bilateral cooperation between their countries.

King Abdullah returns to Jordan after working visit to ....

King Abdullah returns to Jordan after ....