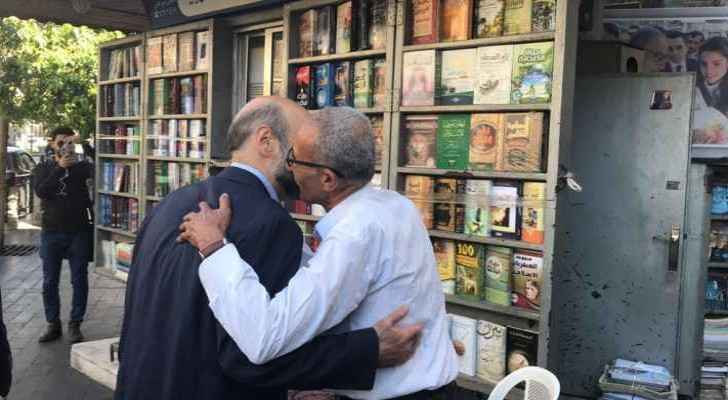 A Facebook video of PM Omar Razzaz making a trip to a bookshop in Downtown Amman has been viewed thousands of times in less than five hours.

The PM visited the “Arab Culture Kiosk” on Tuesday, where he was seen warmly embracing the store’s owner and engaging in small talk.

“This place is a landmark, just like the Roman Amphitheatre. We’ve learnt a lot from Abu Ali and read many of his books,” Razzaz proudly said.

It is unknown why the PM chose to visit the kiosk this morning, but social media users certainly had something to say about his visit.

For the most part, Jordanians were impressed with Razzaz’s modesty, high morals and for caring about the country's citizens, however, a few people accused him of “promoting” Abu Ali’s kiosk for one reason or another.

You can watch the heartwarming encounter below.