The main suspect is currently in Lebanon. (Vox) 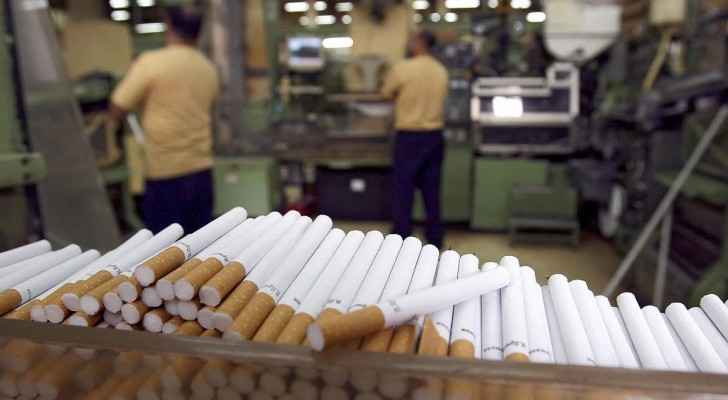 The main suspect in the case of illegal production and smuggling of counterfeit cigarettes, identified by the government as Awni Motee’, had reportedly exited Jordan on Saturday, July 11; just one day before his factory was raided by security forces.

The businessman insisted, in an audio clip shared on Facebook, that he had no involvement in the case of counterfeit cigarettes, insisting that the law will prove his innocence.

In the video, Motee’ also threatened to sue anyone who made false accusation, which prompted a wave of public criticism after he jetted off to Lebanon for one of his routine visits.

State Minister for Media Affairs Jumana Ghunaimat said that a travel ban had been imposed on seven more suspects on Saturday, disclosing that no arrests had yet been made.

The minister emphasised that the government undertakes to investigate case thoroughly, adding that and it would “not hesitate to seize those involved, wherever they are, and bring them to justice.”

Ghnaimat also stressed that the government will not be lenient with anyone who facilitates the escape of any suspects.

Six of the suspects, among whom are Motee’s brother and son, are Jordanian, while the seventh is a Dutch national.

The case was brought to light by MPs Nabil Gheishan and Musleh Tarawneh during one of the sessions that deliberated the government's ministerial policy statement last week.
The MPs urged the government to bring the businessman back from Lebanon under the Pan-Arab Riyadh Extradition Agreement.

The MPs also urged the government to reveal the names of those involved in the case, alleging that influential individuals were likely behind the illegal operation, claiming the actions cost the Treasury more than JD 150 million in unpaid taxes and fees.

Gheishan said in a Facebook post that the case was a “bomb that has exploded in the face of the government, which is now required to reveal the names of the corrupt persons involved.”

The concerned MP added that the case was first addressed back in April 2017, after two international cigarette brands complained that their brands were being illegally manufactured in Jordan.

Meanwhile, Lower House speaker Atef Tarawneh, who was pictured in several photos with the suspect at a number of public events, condemned attempts to link him to the case.

“The government has to find a solution for the misuse of social media platforms, in which users have used my name in baseless defamation attempts,” Tarawneh told the Jordanian state-run news agency Petra.

According to officials, a team from the Jordan Customs Department (JCD) raided four locations within the Zarqa Free Zone on July 12, 2018, where they discovered a warehouse used for storing raw materials used for manufacturing tobacco.

The team also raided three companies in Rama in the Jordan Valley, where they found materials and equipment used for producing cigarettes.

Another raid targeted a location in Umm Al Amad in Madaba, where a company licensed and disguised as a juice-production factory was fitted with a cigarette production line.

On Thursday, JCD cadres intercepted a truck carrying equipment for tobacco manufacture on its way to the Zarqa Free Zone.